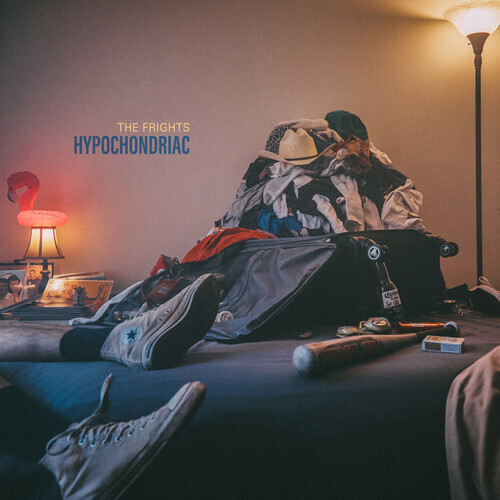 Vinyl LP pressing. Hypochondriac, the third full-length effort from San Diego, CA band The Frights, is an album full of addictively catchy songs about fear and frustration. Produced by FIDLAR frontman Zac Carper, Hypochondriac follows The Frights' 2016 album You Are Going To Hate This and marks a period of major creative growth for the band (which also includes bassist Richard Dotson, drummer Marc Finn, and guitarist Jordan Clark). Throughout Hypochondriac, The Frights build a brilliant tension between their shiny hooks and painful lyrics, their goofball spirit and melancholy outlook. In the end, the album unfolds as their most emotionally honest work so far, just as the band intended it to be.