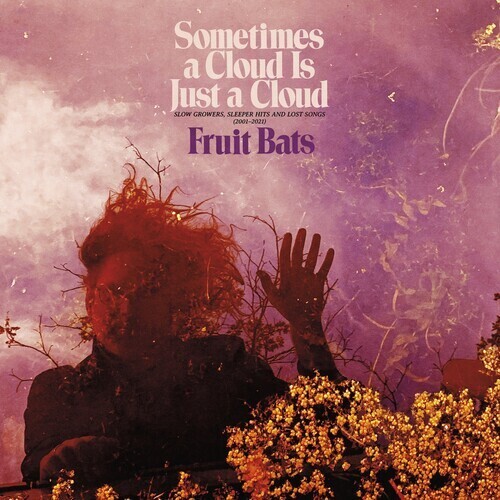 Eric D. Johnson, the creative force behind Fruit Bats, doesn't spend a lot of time looking in the rearview mirror. But with the 20th anniversary of his first Fruit Bats release (2001's Echolocation) on his mind, it seemed as good a time as any to take stock of his work-and he's doing so in the form of Sometimes a Cloud Is Just a Cloud: Slow Growers, Sleeper Hits and Lost Songs (2001-2021), a two-disc collection that tracks the history of Fruit Bats from it's earliest days to right now. Thoughtfully compiled by Johnson himself, this set is split in two distinct halves. Set in reverse chronological order, the first disc cherry-picks from Fruit Bats' official releases, including fan favorites-"Humbug Mountain Song" from 2016's Absolute Loser and "The Bottom of It" from his 2019 Merge debut Gold Past Life-alongside some of Johnson's more personal choices like "Glass in Your Feet" from Echolocation.