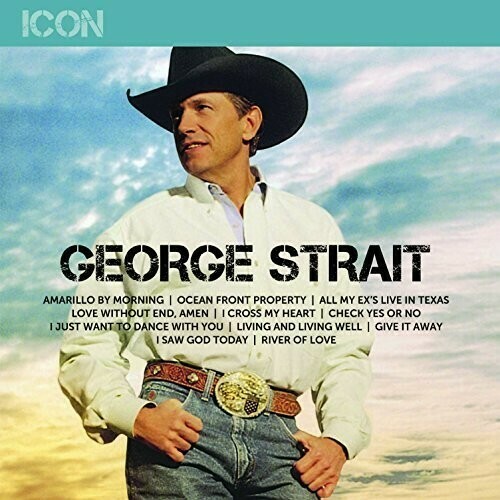 Vinyl LP pressing Icon is a compilation album by American country music artist George Strait. It was originally released on CD in 2011. The album is part of a series of similar Icon albums released by Universal Music Enterprises. George Strait is a country music singer, songwriter, actor, and music producer. He is known as the "King of Country" and is considered one of the most influential and popular recording artists of all time. He is known for his neo-traditionalist country style, cowboy look, and being one of the first and main country artists to bring country music back to it's roots and away from the pop country era in the 1980s.