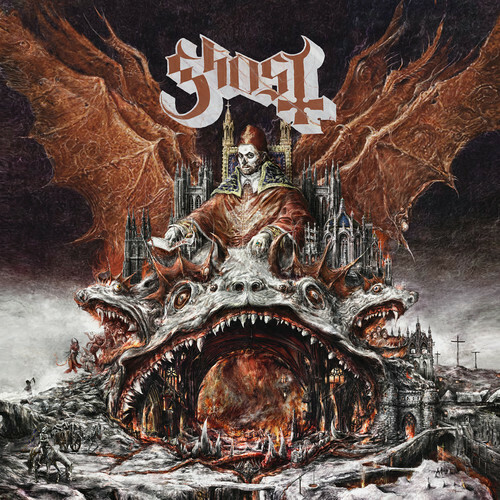 Vinyl LP pressing. 2018 release. Prequelle follows Ghost's third studio album, Meliora, and it's accompanying EP Popestar, which elevated the Swedish rock band into the pantheon of the greatest rock bands on earth and resulted in a Grammy Award for Best Metal Performance. Prequelle delves into the plague, the apocalypse, and dark ages. Ghost was formed in Linköping, Sweden in 2006. The band is easily recognizable owing greatly to it's eccentric on-stage presence. Five of the group's six members, it's 'Nameless Ghouls,' wear virtually identical, face-concealing costumes. The most distinguishable member is it's vocalist, called Papa Emeritus, who wears a prosthetic mask of skull face paint and appears as what can be described as a "demonic anti-Pope."