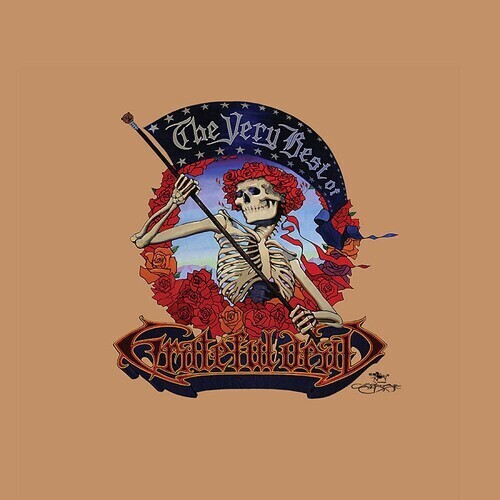 Grateful Dead / The Very Best Of

In 2003, Warner Records compiled an amazing compact disc overview of The Grateful Dead's most memorable and fan driven favorites. The mammoth seventeen song collection has something for everybody as it culled tracks not only from the Warner vaults, but from The Grateful Dead label and Artista Records period of the band's output. Their best loved songs from Workingman's Dead and American Beauty are featured with tracks like "Casey Jones", "Uncle John's Band", "Truckin'" and "Sugar Magnolia." Plus even more Dead anthems from their own label are included like "The Music Never Stopped", "Eyes Of The World" and "U.S. Blues", most featuring the memorable lyrics of Robert Hunter. The later Arista era is also highlighted with "Touch of Grey," "Fire On The Mountain" and "Estimated Prophet." Gatefold 180g vinyl 2LP reissue from Friday Music mastered by Joe Reagoso.