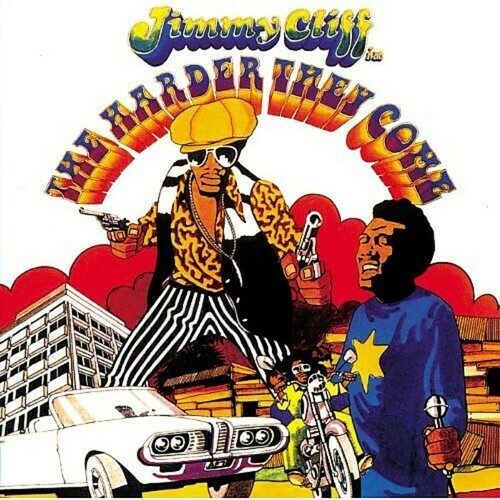 Vinyl LP pressing. The breakthrough album that - in conjunction with the film of the same title - burst reggae through into the mainstream with it's release in England in summer 1972 and in the US, on Island's newly inaugurated reggae specialist imprint Mango, in spring 1973. As film director and co-writer Perry Henzell said of the film, "There is no impact you will ever have greater than the impact of showing a society itself on the screen for the first time." The heart of the soundtrack comes from performances by the film's star, reggae singer Jimmy Cliff. Only the title track "The Harder They Come" was recorded by Cliff specifically for the soundtrack, with three earlier songs by Cliff added.