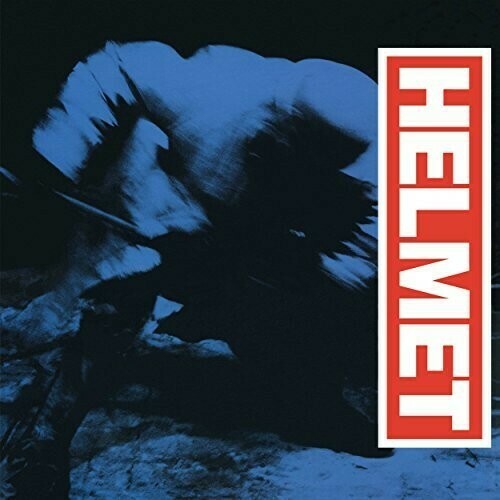 Vinyl LP pressing. Meantime is the second studio album and major label debut by American alternative metal band, Helmet, released on June 23, 1992 through Interscope Records. The importance of this record cannot be overstated, as it was arguably one of the most influential and overlooked rock records of the '90s, according to All Music. Helmet formed in 1989. Founded by vocalist and lead guitarist Page Hamilton, Helmet has had numerous lineup changes, and Hamilton has been the only constant member. The band found mainstream success with Meantime, which debuted at #68 on the Billboard 200, with singles "Unsung" and "In the Meantime".