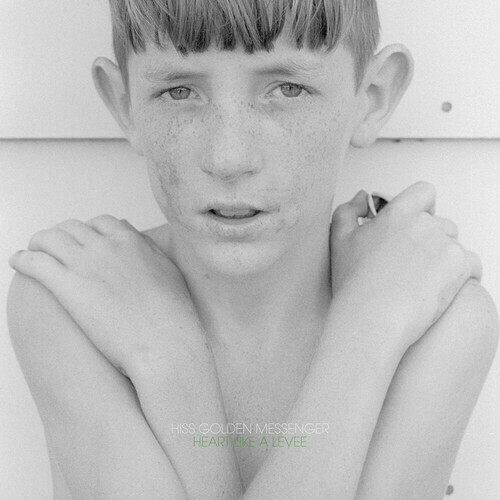 Vinyl LP pressing includes digital download. Hiss Golden Messenger return on Merge Records in October 2016 with their sixth full-length album Heart Like a Levee. The eleven songs on Heart Like a Levee are immediate, dealing with themes that include leaving and returning, belief and trust, guilt, honesty, and life on the road. Hiss Golden Messenger creative force M.C. Taylor says, "I wrote these songs during a time of transition and doubt. The process was raw, but also joyous. I spent a lot of time with these words and chords in all types of weather. In the end I learned more about myself making this record than any in the past, and that's one important way for me to gauge whether an album was worth making. I want to make records that feel both minor- and major-key at the same time; maybe 'bittersweet' is a good word for it. Life is simultaneously happy and sad at once, and that's how I want my records to feel. I think that's how Heart Like a Levee feels." The highly anticipated release was self-produced by Taylor and Bradley Cook and recorded in Durham, NC, with Taylor's close-knit North Carolina collaborators: brothers Phil and Bradley Cook on piano and bass, respectively;Matt McCaughan on drums; Tift Merritt and Alexandra Sauser-Monnig on backing vocals; and Matt Douglas and Michael Lewis on horns.