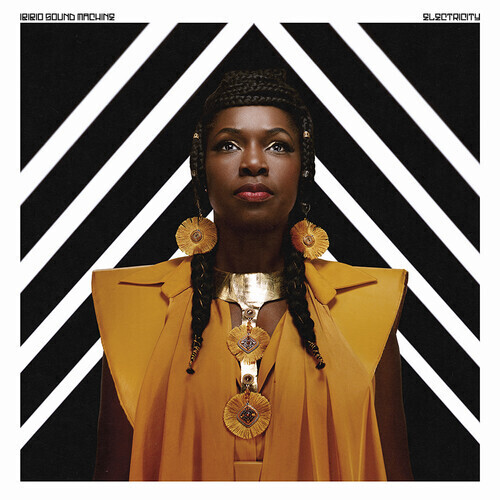 Electricity is the fourth and most progressive album from Ibibio Sound Machine, and like all good Afrofuturist stories, it begins with an existential crisis. "It's darker than anything we've done previously," says Eno Williams, the group's singer. "That's because it grew out of the turbulence of the past year. It inhabits an edgier world." Electricity was produced by the Grammy Award- and Mercury Prize-nominated British synthpop group Hot Chip, a collaboration born out of mutual admiration watching each other on festival stages, as well as a shared love of Francis Bebey and Giorgio Moroder. The fruits of their labor reveal a gleaming, supercharged, Afrofuturist blinder. Electricity is the first album Ibibio Sound Machine have made with external producers since the group's formation in London in 2013 by Williams and saxophonist Max Grunhard. True, 2017's Uyai featured mixdown guests including Dan Leavers, aka Danalogue, the keyboard jedi in future-jazz trio The Comet Is Coming, but Hot Chip and Ibibio Sound Machine worked together more deeply throughout the process, collaborating fully. Along the way, the team conjured a kaleidoscope of delights that include resonances of Jonzun Crew, Grace Jones, William Onyeabor, Tom Tom Club, Kae Tempest, Keith LeBlanc, The J.B.'s, Jon Hassell's "Fourth World," and Bootsy Collins.