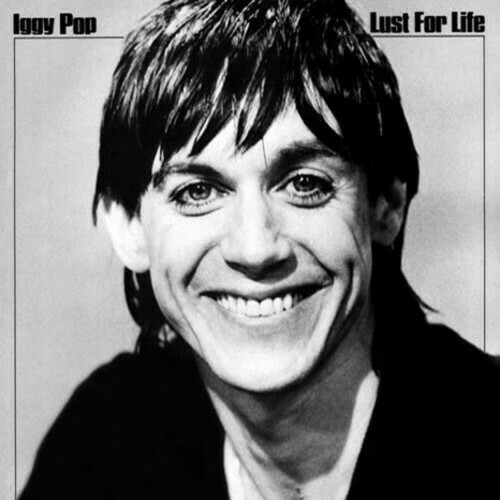 Limited 120 gram vinyl LP pressing. Lust for Life is the second studio album by Iggy Pop, his second solo release and his second collaboration with David Bowie, following The Idiot earlier in the year. As well as achieving critical success, it was Pop's most commercially popular album to date, and remains his only Gold-certified release in the UK. The Lust for Life sessions took place soon after the completion of a concert tour in support of the The Idiot album, the tour ending on 16 April 1977. Pop has stated, "David and I had determined that we would record that album very quickly, which we wrote, recorded, and mixed in eight days, and because we had done it so quickly, we had a lot of money left over from the advance, which we split." Bowie, Pop and engineer Colin Thurston produced Lust for Life under the pseudonym "Bewlay Bros." The recording was made at Hansa Studio by the Wall in Berlin and featured Ricky Gardiner and Carlos Alomar on guitars with Hunt and Tony Sales on drums and bass, respectively. With Bowie on keyboards and backing vocals, the team included three-quarters of the future Tin Machine line-up.