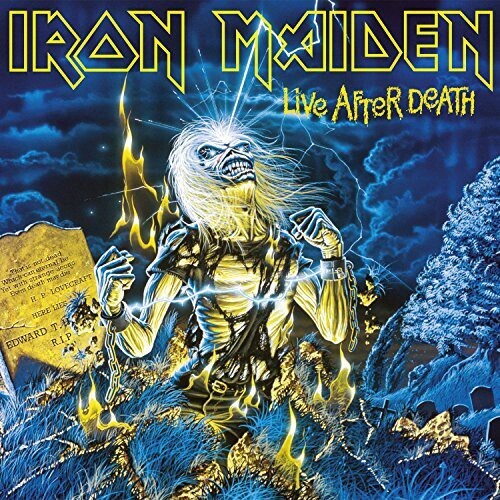 Live After Death is a live album by the English heavy metal band Iron Maiden, originally released in October 1985 on EMI in Europe and it's sister label Capitol Records in the US (it was re-released by Sanctuary/Columbia Records in the US in 2002 on CD and by Universal Music Group/Sony BMG Music Entertainment on DVD). It was recorded at Long Beach Arena, California and Hammersmith Odeon, London during the band's World Slavery Tour. The cover art was done by Derek Riggs, and pictures the band's mascot, Eddie, rising from a grave. Engraved on his tombstone is a quote from fantasy and horror fiction author H. P. Lovecraft's The Nameless City.