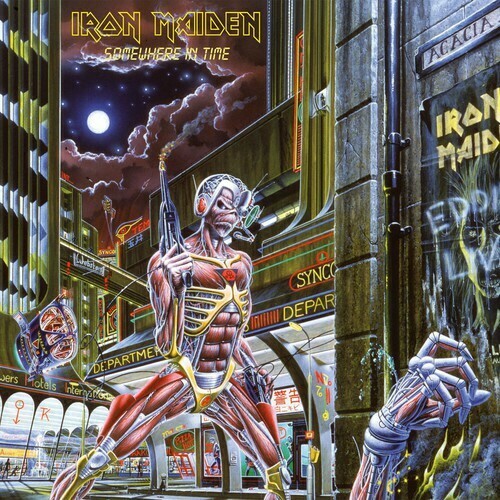 1986's Somewhere In Time is the second to last release in Iron Maiden's legendary '80s output following 1984's iconic Powerslave and their 1985 live album Live After Death. Their sixth full-length overall, the Martin Birch produced 8-song set finds the band incorporating more progressive arrangements and synthesizers for the first time, all without foregoing the heavy metal trademarks they pioneered and their fans love. The tour de force opening cut "Caught Somewhere In Time" sets the tone here while singles and album highlights "Wasted Years" and "Stranger in a Strange Land" re-emphasize why Iron Maiden was truly in a league all their own at the time!