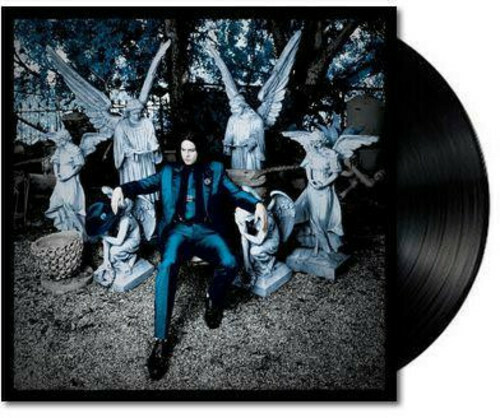 Special edition 180-gram vinyl LP with one 45rpm track and one 78rpm track. Etched. Jack White has long congratulated himself for being a musician who blends the lines between the past and the present. "Lazaretto," the follow-up to his gold-certified debut album, "Blunderbuss," does exactly this. There's blues influences here; there's ballads. There's hip-hop rhythms and then there's sprightly melodies. Drama seems to be key in describing this album, and it makes itself known in the fury essential to each track. The 180-gram LP includes two bonus tracks hidden under the center labels. One hidden track plays at 78 RPM, and one plays at 45 RPM, making this a 3-speed record. Side A plays from the outside in. Dual-groove technology: plays an electric or acoustic intro for 'Just One Drink' depending on where the needle is dropped. The grooves meet for the body of the song. Matte finish on Side B, giving the appearance of an un-played 78 RPM record. Dead wax area on Side A contains a hand-etched hologram by Tristan Duke of Infinity Light Science, the first of it's kind on a vinyl record.