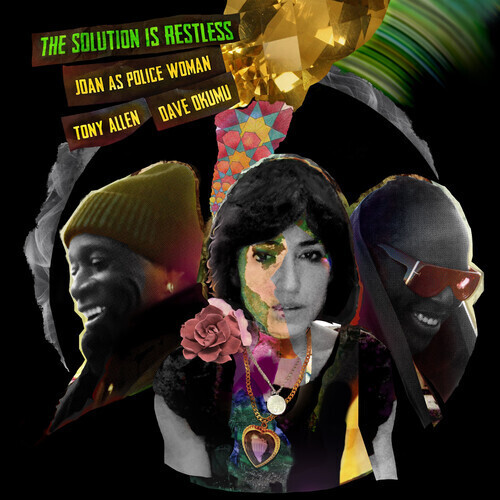 The Solution Is Restless is a brand new collaborative album by Joan As Police Woman, Tony Allen and Dave Okumu. Joan was invited to Africa Express: The Circus in 2019, where Damon Albarn introduced her to Tony Allen for the first time and they played a version of Nina Simone's "I Wish I Knew How It Would Feel To Be Free". That same year she was invited to the Africa Express in Waltham Forest, where Damon Albarn came to see her collaborate. They got on so well, that besides it being the seed where this record started to grow, it also led to Joan lending guest vocals to the Gorillaz's track "Simplicity", off their 2020 album Song Machine album. Dave Okumu and Joan have known each other for a few years and worked together on "Pieces Of A Man: The Gil Scott-Heron Project" in March 2016. When Joan and Tony decided to record together, she invited her longtime friend to join from London and they ended up improvising all night in a Parisian studio. Then when the world shut down, she used those recordings to write this new record The Solution Is Restless.