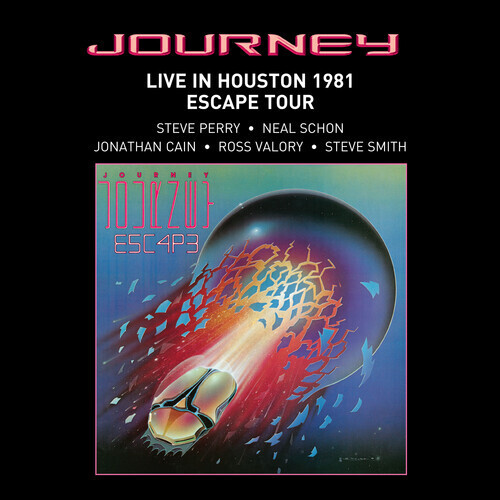 Double vinyl LP pressing. This live archive release contains material originally recorded and filmed for MTV at the Summit in Houston, TX in November of 1981. Includes such hits as "Lights", "Lovin' Touchin' Squeezin'", "Wheel In The Sky", and "Anyway You Want It." In addition, there are tracks from Journey's then-current album Escape, including the title cut along with "Open Arms", Who's Crying Now", and "Don't Stop Believin'".