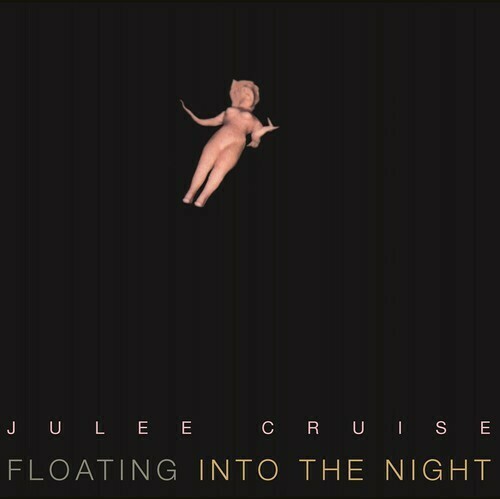 Floating into the Night is the debut album by the American dream pop musician Julee Cruise. It was released on September 12, 1989 on Warner Bros. Records. Contains 'Falling' (theme song of Twin Peaks) Music written & produced by Angelo Badalamenti & David Lynch Floating into the Night was produced, and all songs were written by, composer Angelo Badalamenti and film director David Lynch. Badalamenti composed the music to which Lynch wrote the lyrics. Two singles were released from the album: "Falling" and "Rockin' Back Inside My Heart", both of which are featured in Lynch's television series, Twin Peaks. An instrumental version of "Falling" is used as the theme song to the series. In addition to the two singles, a number of other tracks from Floating into the Night appeared in Twin Peaks, including "Into the Night", "The Nightingale" and "The World Spins". "Mysteries of Love" is featured in Lynch's 1986 film Blue Velvet;[3] "Rockin' Back Inside My Heart", "Into the Night", "I Float Alone" and "The World Spins" are performed in the 1990 Lynch production Industrial Symphony No. 1;[4] and "The World Spins" is featured on the soundtrack to the 2003 film The Company.