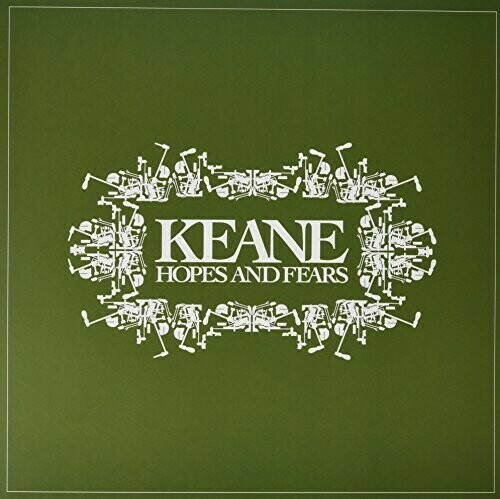 Limited 180 gram vinyl LP pressing of the UK band's 2004 debut. The gold certified album includes the hit singles 'Somewhere Only We Know', 'Everybody's Changing' and 'Bedshaped'. Hopes and Fears was released in May, 2004 in the United Kingdom and topped the UK Albums Chart upon release. It was the second best-selling British album of 2004, behind the Scissor Sisters' self-titled debut album, and has since been certified 9× Platinum by the BPI. The album returned to the top of the charts after winning a Brit Award for Best Album in February 2005. With more than 2.7 million copies sold in the UK, Hopes and Fears ranks the 11th-best-selling album of the 2000s in the UK. In July 2011, it was ranked the 9th biggest-selling album of the 21st century in the UK. Worldwide, the album has sold over 5.8 million copies.