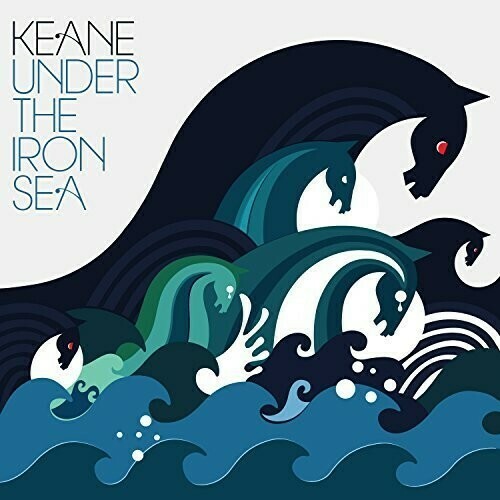 Keane / Under The Iron Sea

Limited 180gm vinyl LP pressing. Under the Iron Sea is the second studio album by rock band Keane, released in June, 2006. During it's first week on sale in the UK, the album went to #1. In the United States, the album went to #4 on the Billboard 200. The band describes Under the Iron Sea as a progression from Hopes and Fears with electronic influences, describing the record as a "sinister fairytale-world-gone-wrong". The name of the album is based on a lyric appearing on the track, "Crystal Ball" which reads "I've lost my heart, I buried it too deep, under the Iron Sea". It also shares title with the eighth track and Keane's first instrumental, "The Iron Sea". The "Iron Sea" is the metaphoric name for the group's preoccupations about their uncertain future and the sudden fame they were having.