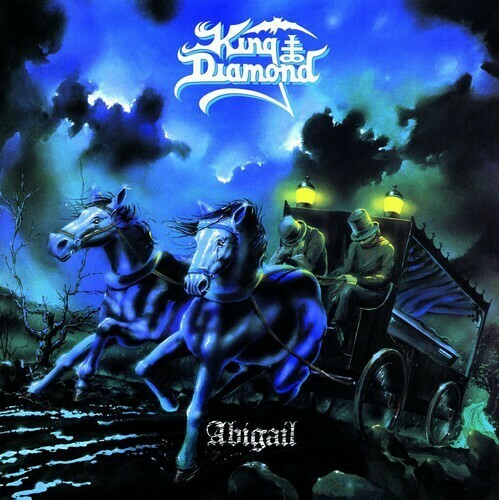 Limited 180gm vinyl LP pressing. ABIGAIL was the second King Diamond album and their first concept album. It was originally released in 1987, selling over 175,000 copies in North America alone. Widely recognized as King Diamond's solo masterpiece, ABIGAIL is also unquestionably one of heavy metal's greatest concept albums. So turn out the houselights, draw the curtains, and listen closely to this dark theatrical story. Ace future Motörhead drummer Mikkey Dee matches incredible versatility and envious power for a command performance here, and one can noticeably hear guitarist Andy LaRocque nudging Diamond's erstwhile Mercyful Fate cohort Michael Denner out of the dual lead guitar equation with his inspired leads (he would soon assume an unchallenged position at the feet of the King's throne). As for the master of dark ceremonies himself, King Diamond, too, takes a quantum leap by subjecting his trademark falsettos to layer upon layer of multi-tracked harmonies, transforming what was previously an acquired taste for some into an overpowering and irresistible self-contained chorus sent straight from the pits of hell. Thanks to all of this, the combined quality of the words and music to be found on ABIGAIL make it an exercise in Goth Metal storytelling that remains quite simply nonpareil, among the living, at least.