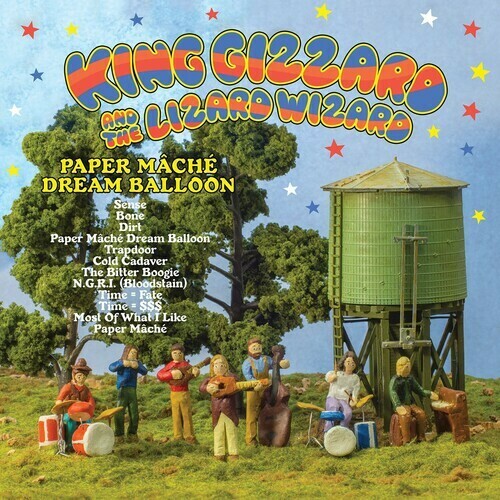 Vinyl LP pressing. 2015 release from the Australian psychedelic rock band. Described as "psych-soul-surf-fuzz-garage-space rock-jazz-DIY-shamans" by The Guardian, King Gizzard & The Lizard Wizard have garnered a massive underground following through years of raucous shows around the world. Paper Mâche Dream Balloon is their first record to be released on ATO Records and their first truly proper album release in the US. King Gizzard has perfectly set the stage for themselves to take over the hugely popular and ever growing psych-rock scene moving forward. In the space of five years, King Gizzard & The Lizard Wizard has released two EPs and six albums on their own record label, Flightless.