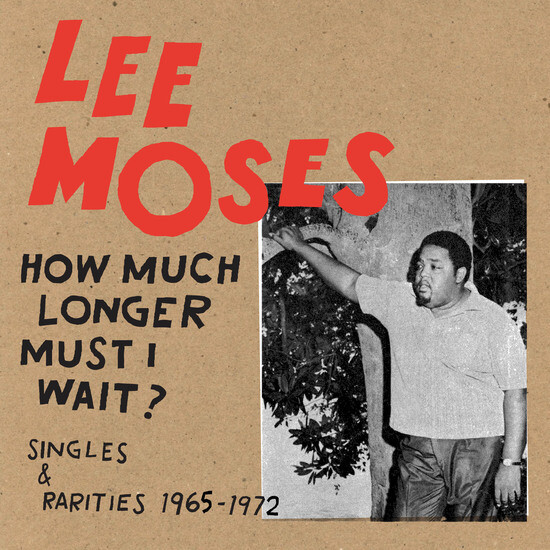 Lee Moses / How Much Longer Must I Wait? Singles And Rarities

After reissuing his much sought-after Time and Place LP, many questions still remained (Lee was a mysterious man!) – but the one asked most was, “where’s “Bad Girl”?!” Not included on his lone LP, “Bad Girl” is an undisputed Southern soul classic – arguably the song Lee Moses’ legacy rests on. While we may never know all we wish we knew about the man behind the music, we can finally complete the picture of his work. You know – the tunes! And what tunes they are.

How Much Longer Must I Wait? Singles & Rarities 1965-1972 collects all of Lee Moses’ non-album singles and B-sides, plus three never-released tracks together for the first time ever. Most of the material here pre-dates 1971’s Time and Place, reflecting his initial bid for stardom via a series of now-legendary 45s recorded with Atlanta producer Johnny Brantley. As for the unreleased recordings – much like the man himself, little is known about them. What remains is an oeuvre that has become synonymous with raw and emotionally charged Southern soul. Essential listening for anyone with a heart.