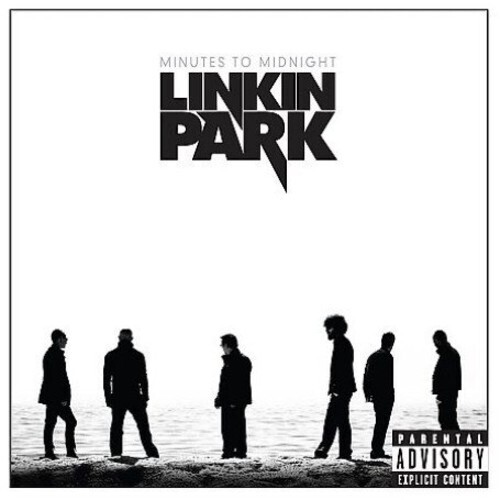 Single LP/Double Gatefold. Alterna-Rock band's 2007 album. 'Rick Rubin asked US what we wanted this album to sound like. We wanted to create something that maintained the integrity of the band's personality, but pushed our boundaries. Rick challenged US that no boundaries should exist whatsoever in our creative pursuit.' Minutes to Midnight is rock's most anticipated album of the year. Four years since the release of Linkin Park's quadruple-platinum, #1 smash Meteora and after more than a year of musical experimentation Minutes to Midnight redefines one of today's most adventurous, accomplished and acclaimed bands. 12 tracks. Warner.