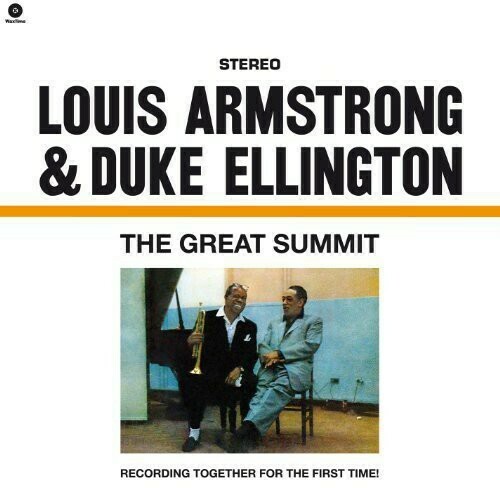 Limited edition 180-gram vinyl LP reissue. Satchmo and The Duke were each in the midst of revitalized careers that were soaring higher than the fame of their youth when they joined forces to record "The Great Summit" in 1961. Each already was an unparalleled legend for nearly 30 years, and it is surprising they hadn't recorded more together. But then their styles were so different. Ellington was the sheer embodiment of sophistication and elegance in jazz. Armstrong was the earthy pulse of the people at large. Each had a ceaseless creativity and vitality that could only be matched by the other. All stylistic differences aside, few musicians on earth have had their sense of swingin' rhythm. This reissue remains a musical feast for the ears as Louie puts his own take on the music as Duke performs his biggest hits! You'll be blown away on "Mood Indigo;" "Black and Tan Fantasy;" "The Mooch;" "In a Mellow Tone;" "It Don't Mean a Thing (If It Ain't Got that Swing)" and more. It couldn't possibly sound better than it does on this 180-gram audiophile vinyl.