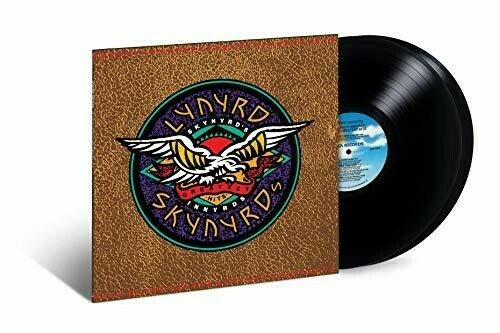 Vinyl LP pressing. Skynyrd's Innyrds: Their Greatest Hits is a compilation of the Southern rockers' biggest hits! Originally released in 1989, the collection of classic tracks features "Sweet Home Alabama", an outtake version of "Free Bird", and fan favorites that drove the album five-times platinum. Lynyrd Skynyrd is best known for popularizing the Southern rock genre during the 1970s. With roots tracing to the formation of My Backyard in Jacksonville, Florida in 1964, the band was also known by names such as The Noble Five and One Percent, before finally deciding on Lynyrd Skynyrd in 1969. At the peak of their success, band members Ronnie Van Zant and Steve Gaines, and backup singer Cassie Gaines, died in an airplane crash in 1977, putting an abrupt end to the 1970s era of the band.