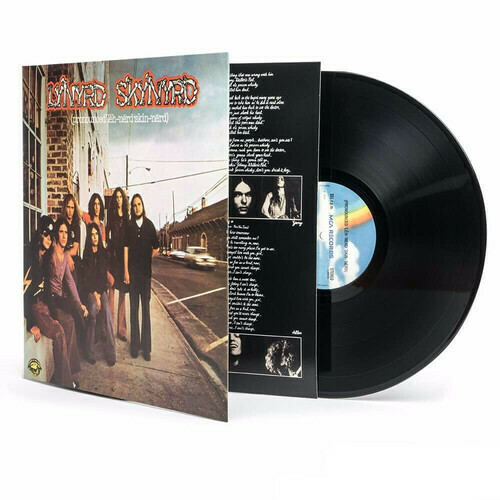 Limited 180gm audiophile vinyl LP repressing of this classic album by the Southern rock legends. Though the Southern rock genre existed before and after Lynyrd Skynyrd, no other band personified the lifestyle quite like this motley crew. Released in 1973 Pronounced Leh-Nerd Skin-Nerd was Lynyrd Skynyrd's first album. There are few records that sound this raw and uncompromising, especially records by debut bands. The genius of Skynyrd is that they un-self-consciously blended album-oriented hard rock, blues, country, and garage rock, turning it all into a distinctive sound that sounds familiar but thoroughly unique. Includes 'I Ain't The One', 'Simple Man' and the legendary 'Free Bird'.