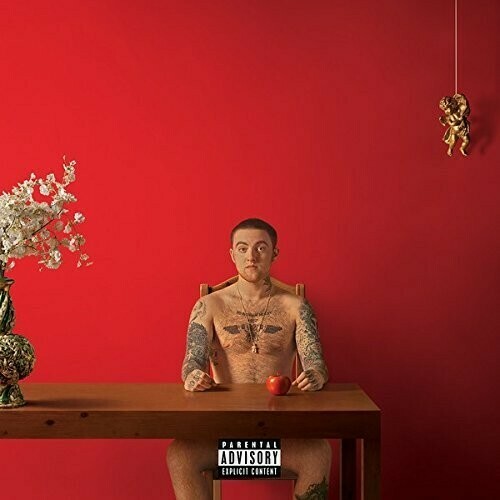 Double vinyl LP. Watching Movies With The Sound Off is the second studio album by rapper Mac Miller, originally released in 2013. The album continues the changes in his musical sound that he began with the mixtape Macadelic. Mac Miller has described the album as very introspective and very personal. The album features guest appearances from Earl Sweatshirt, Ab-Soul, Action Bronson, Schoolboy Q, Jay Electronica and Tyler The Creator among others. Production was handled primarily by Miller himself (under the pseudonym Larry Fisherman) among others such as Diplo, Tyler, The Creator, Flying Lotus, The Alchemist, Clams Casino, Earl Sweatshirt, J. Hill, Chuck Inglish and Pharrell Williams.