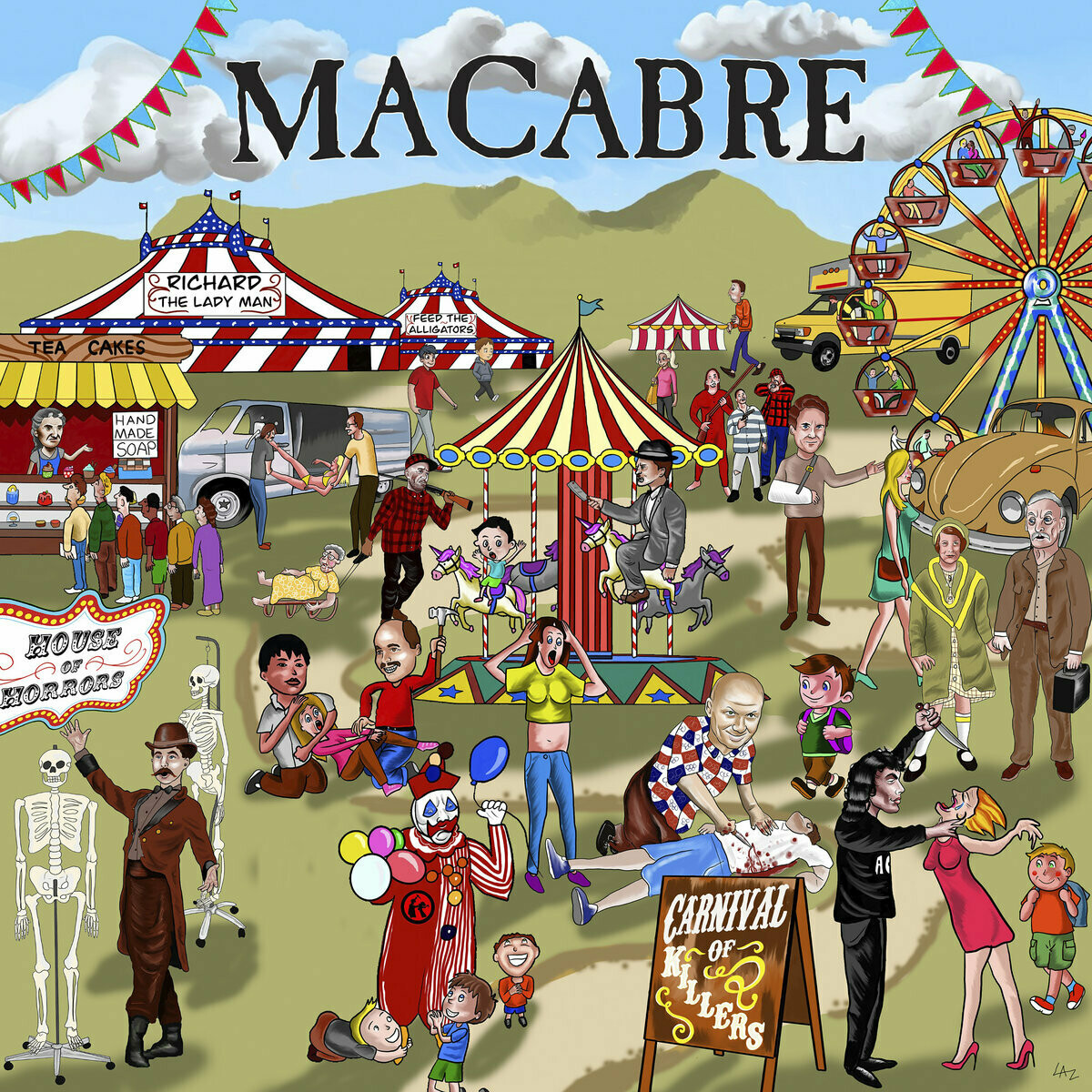 Come one, come all to the demented, heinous bloodbath of a murder metal circus that declares Macabre's return: CARNIVAL OF KILLERS. Their first record in almost 10 years, following 2011's 'Grim Scary Tales', and just in time for their 35th anniversary as a band, Macabre's latest installment to it's catalogue will butcher your ears and derange your psyche! Judging by the title, one can positively assume CARNIVAL OF KILLERS contains stories of your favorite murderous psychos: Bundy, Speck, Gacy, Ramirez, and a slew of heinous killers never taken on by Macabre before. Prepare for another gore filled thrill ride from a band that originated in the 80's yet progresses to the edge of modern metal with clear production, expanded variety, and with a whole mess of nostalgic pleasure.