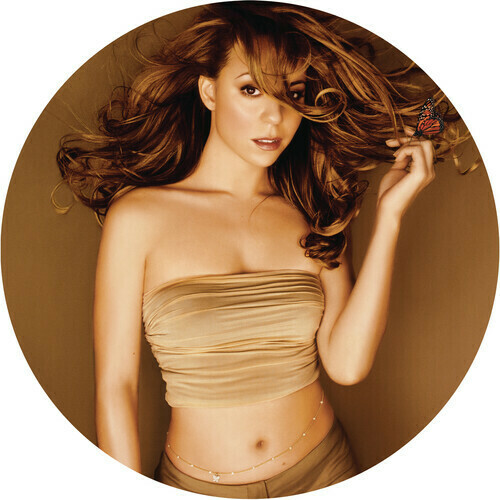 Limited edition vinyl picture disc LP pressing. 1997 album from the pop/R&B diva. Butterfly debuted at the top spot on the Billboard 200 albums chart upon release and was celebrated for incorporating a hip-hop edge to Mimi's pristine pop aesthetic. It spawned five singles including the chart-topping lead single "Honey," the title track and the closing track "My All." Since then it has gone five times platinum, and it remains one of the Elusive Chanteuse's most beloved projects. "Butterfly is my favorite album. It's the most personal work I've ever done and will always be a defining moment in my career and in my life," she said in a press release. "I'm so happy to celebrate this anniversary with a special release!"