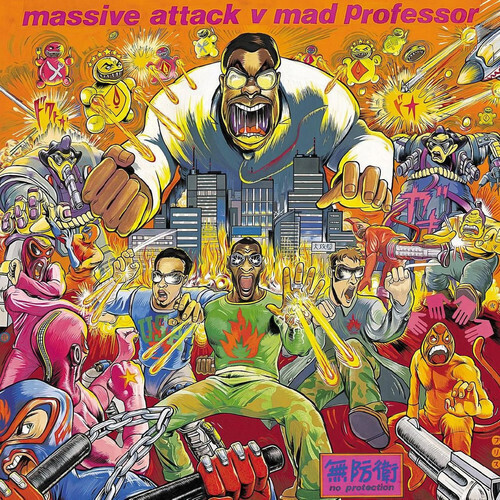 Limited 180gm vinyl LP pressing. No Protection is the name of a dub remix of Massive Attack's second album Protection. The remix was done by the British dub producer Mad Professor. Mad Professor was contacted by Massive Attack after Protection was released to remix a song for a single. After the single was remixed, the band asked Mad Professor to listen to more of the album to explore the possibility of further remixes. The project then became a track by track remix of almost the entire album. Mad Professor heavily edited the original material to form a slow, pulsating mix in which the beat is emphasized, reverb is extensively used and the occasional vocals (many of the tracks are almost entirely instrumental) fade in-and-out in typical dub fashion, making a hypnotic mix.