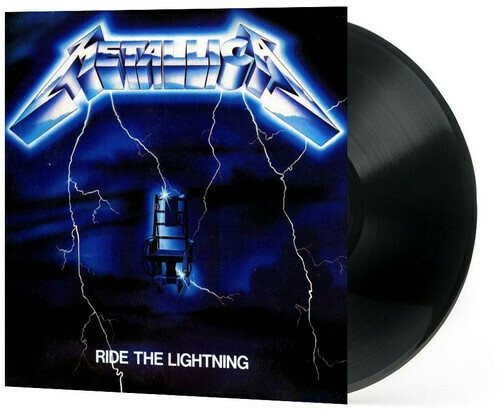 Limited 180gm vinyl LP pressing. Digitally remastered edition of the second studio album by Metallica, originally released in 1984. The album was recorded in three weeks with producer Flemming Rasmussen at the Sweet Silence Studios in Copenhagen, Denmark. The artwork, based on a concept by the band, depicts an electric chair in the midst of a thunderstorm. The title was taken from a passage in Stephen King's novel The Stand. Although rooted in the thrash metal genre, the album showcased the band's musical maturity and lyrical sophistication. This was partly because bassist Cliff Burton introduced the basics of music theory to the rest of the band and had more input in the songwriting. Instead of relying strictly on fast tempos as on Kill 'Em All, Metallica broadened its approach by employing acoustic guitars, extended instrumentals, and more complex harmonies.