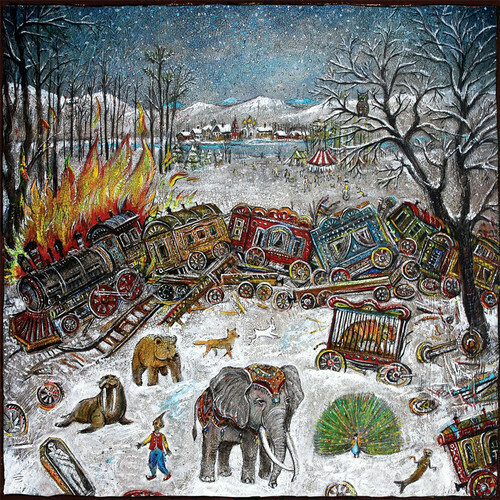 mewithoutYou returns with their 5th studio album. Helmed by producer and friend of the band Daniel Smith (Sufjan Stevens) and mixed by Brad Wood (Sunny Day Real Estate), Ten Stories is an allegorical collection of songs that, at first listen, follows a winding narrative about a circus train crash in 19th century Montana. But long-time fans of this band know that although we are immediately introduced to a talking elephant, fox and tiger, there is always more than meets the eye. The Run For Cover Records reissue of Ten Stories includes reimagined and expanded packaging by longtime collaborator Charlie Wagers.