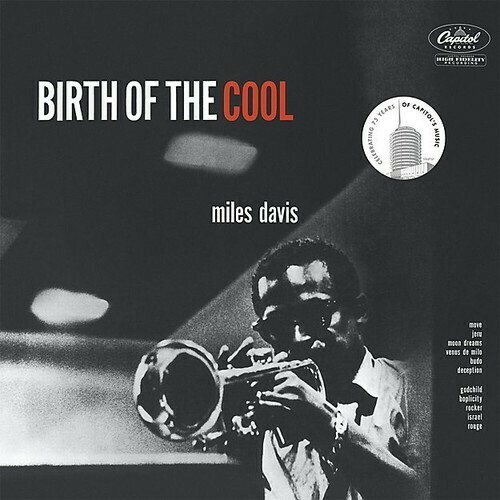 Miles Davis / Birth Of The Cool

Limited vinyl LP pressing. This aptly named 1957 album by jazz icon Miles Davis includes three sessions originally recorded between 1949 and 1950. What would go on to become known as cool jazz, these recordings were complex in arrangement, with just the right touch of restraint from Davis and the rest of his ensemble. Featuring unusual instrumentation and several notable musicians, the music consisted of innovative arrangements influenced by classical music techniques such as polyphony, and marked a major development in post-bebop jazz. As the title implies, these recordings are considered seminal in the history of cool jazz. Most of them were originally released in the 10-inch 78-rpm format and are all approximately three minutes long. Forever hip and innovative, this vinyl reissue is a timeless classic for any jazz collection.