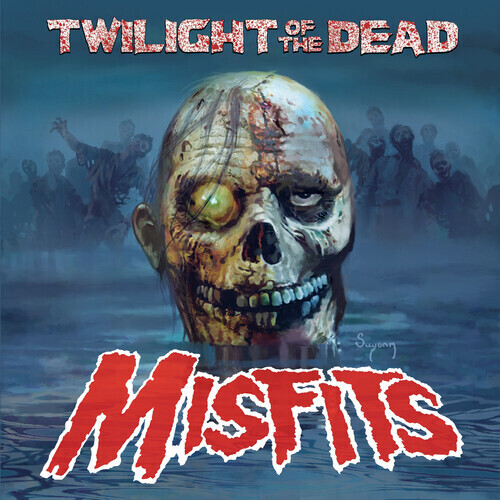 Misfits / Twilight Of The Dead

The Misfits return with their long-awaited, first full-length release of all-new, original material in nearly a decade! Rooted in the horror and sci-fi themes their audience craves, THE DEVILS RAIN showcases 16 fiendish, soon-to-be Misfits classics including "Twilight of the Dead," "Dark Shadows," "Curse of the Mummy's Hand" and the title track itself, "The Devils Rain." Produced by Ed Stasium, the album showcases a jaw-dropping, two-panel front/back cover painting featuring the rebirth of the bands iconic "Fiend" mascot in an epic setting rendered by Arthur Suydam.