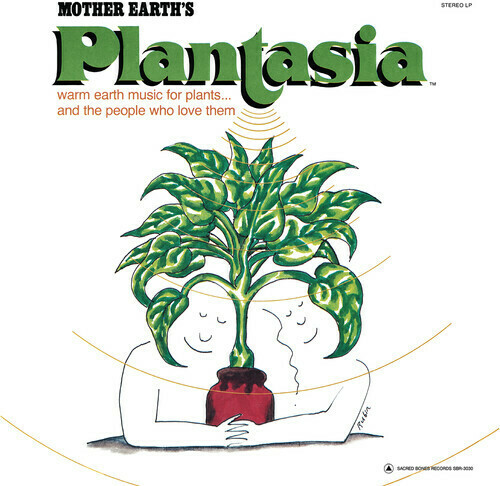 If you purchased a snake plant, asparagus fern, peace lily, or what have you from Mother Earth on Melrose Avenue in Los Angeles (or bought a Simmons mattress from Sears) in 1976, you also took home Plantasia, an album recorded especially for plants. Subtitled "warm earth music for plants... and the people that love them," it was full of bucolic, charming, stoner-friendly, decidedly unscientific tunes enacted on the new-fangled device called the Moog. Few characters in early electronic music can be both fearless pioneers and cheesy trend-chasers, but Garson embraced both extremes, and has been unheralded as a result. When one writer rhetorically asked: "How was Garson's music so ubiquitous while the man remained so under the radar?" the answer was simple. Well before Brian Eno did it, Garson was making discreet music, both the man and his music as inconspicuous as a Chlorophytum comosum. Julliard-educated and active as a session player in the post-war era, Garson wrote lounge hits, scored plush arrangements for Doris Day, and garlanded weeping countrypolitan strings around Glen Campbell's "By the Time I Get to Phoenix."