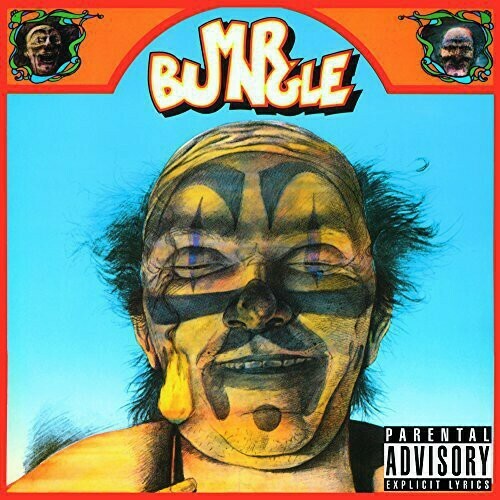 2014 limited edition 2 X 180 gram audiophile vinyl LP pressing with Etched D-side. First 2K numbered copies are pressed on purple transparent vinyl. The original vinyl version of Mr. Bungle was pressed on a single LP, which with an album duration of 75 minutes had a rather dull dynamic sound as a result. This music on vinyl reissue version adds another LP side to give the music more space to breathe. Produced by John Zorn, Mr. Bungle is their eponymous 1991 debut studio album. The album contains many genre shifts which are typical of the band, and helped increase the band's popularity, gaining them a reasonable following and fan base. Critics deem the album a 'dizzying, disconcerting, schizophrenic tour through just about any rock style the group can think of, hopping from genre to genre without any apparent rhyme or reason, and sometimes doing so several times in the same song. ' Mike Patton's lyrics are even more bizarrely humorous than those he used in Faith No More, and they're also less self-censored, as titles like "Squeeze Me Macaroni," "My Ass Is on Fire," and "The Girls of Porn" indicate. This is a difficult, not very accessible record, and the band wouldn't have it any other way.