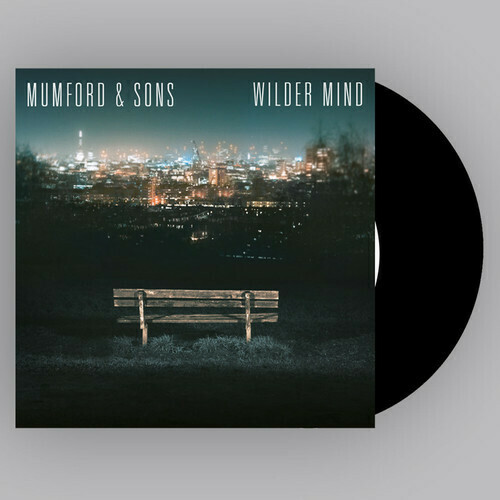 Vinyl LP pressing. 2015 release, the long-awaited third studio album by British folk rock band Mumford & Sons. Wilder Mind marks the end of Mumford and Sons' hiatus, which they took in 2013 after extensively touring behind Babel. The album moves away from the band's first two albums, adding more electric guitar to the mix and emphasizing the 'rock' side of the 'folk-rock' genre they've been lumped into. "We felt that doing the same thing, or the same instrumentation again, just wasn't for us," Marcus Mumford told Rolling Stone. This musical shift explains the reasoning behind Winston Marshall's switch from banjo to the electric guitar. Includes the single "Believe. "