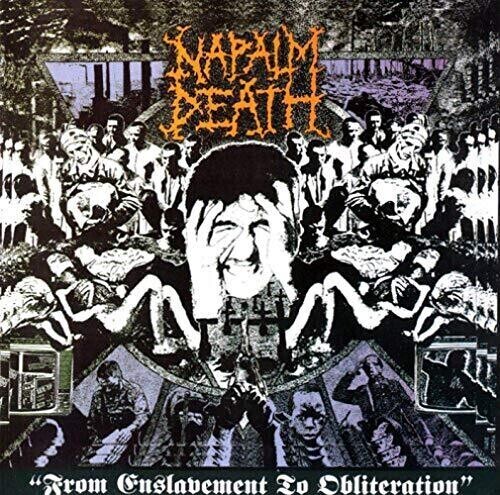 Napalm Death / From Enslavement To Obliteration

Vinyl LP pressing. The founding band of grindcore... Napalm Death are THE most influential group in the genre. Having sold millions of records worldwide and toured the globe they have forged the unlikeliest of careers. Their classic 1987 debut Scumwas only Earache Records third ever release and it kickstarted the wave of grindcore and extreme bands that followed over the next 15 years. 1987 follow-up From Enslavement To Obliteration is the last to feature vocalist Lee Dorrian and guitarist Bill Steer and the first to include Shane Embury on bass. Pressed from the original master tapes, this vinyl reissue has been specifically recreated using FDR (Full Dynamic Range Mastering). It not only allows for the album's musical nuances to shine through like never before but gives this cornerstone classic a more ferocious and dynamic sound, enabling the listener to immerse themselves in the full audio heaviness as Napalm Death intended.