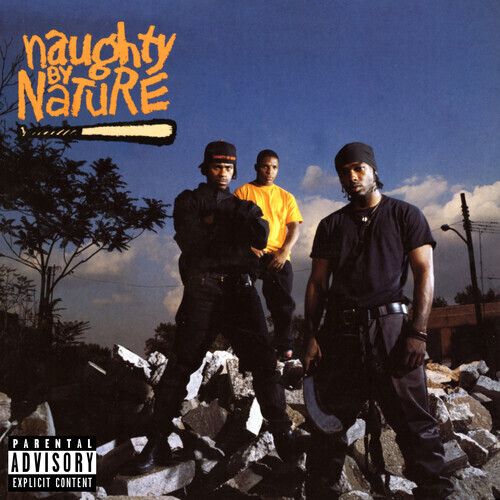 TOMMY BOY REISSUES EXCLUSIVE LIMITED EDITION PRESSING OF NAUGHTY BY NATURE'S SELF TITLED ALBUM "NAUGHTY BY NATURE" ON NOVEMBER 12, 2021 AS PART OF TOMMY BOY'S 40th ANNIVERSARY CELEBRATION To qualify as a classic, a rap album must be solid from start to finish, containing no fillers, all thrillers. The musical production should match the lyrical skills of the MCs and the artist should posses his or her own style and flavor. Naughty By Nature's self-titled debut can rightfully be called timeless. When it dropped in 1991, it was a critical and commercial success, having been certified platinum. The global hip-hop community took notice, and it's stature stands years later. Featured singles include the sing-along club classic "O.P.P." which reached #6 on theBillboardHot 100in 1991, "Wickedest Man Alive" featuring rap legend Queen Latifah and the "Louie Louie" Vega-produced "1, 2, 3." with a feature from Lakim Shabazz. "Everything's Gonna Be Alright" and "Uptown Anthem, " both became minor hits on theBillboardcharts. The self titled album is collection of bouncy beats and powerful rhymes making it a must-have record for lovers of East Coast hip-hop.