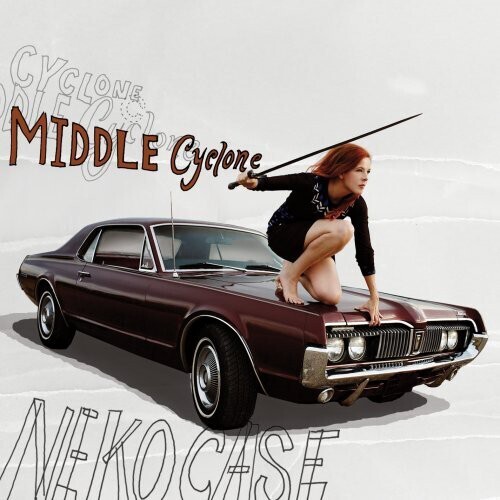 MIDDLE CYCLONE debuted at #3 on the Billboard Top 200 in March, and was featured in everything from Rolling Stone, Spin, and Billboard to the NY Times. This is the 180 gram double LP. Neko's many fans hang on her impressionistic lyrics, classic pop harmonics, and luxurious voice, and this album revels in all three. It fuses her longtime themes of nature versus man into a shining lyrical broadsword. Numerous guests include M. Ward, Garth Hudson of the Band, Sarah Harmer, and members of the New Pornographers, Los Lobos, Calexico, the Sadie's, Visqueen, the Lilys, and Giant Sand.