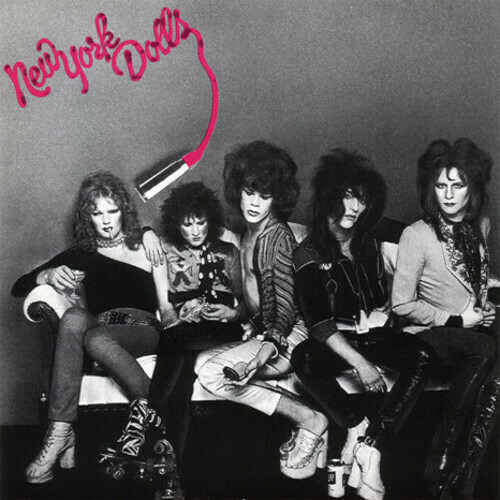 Vinyl LP pressing. When the New York Dolls released their debut album in 1973, they managed to be named both "Best New Band" and "Worst Band" in Creem Magazine's annual reader's poll, and it usually takes something special to polarize an audience like that. While New York Dolls clearly came from a very specific time and place, this album still sounds fresh and hasn't dated in the least - this is one of rock's greatest debut albums, and a raucous statement of purpose that's still bold and thoroughly engaging. The New York Dolls formed in New York City in 1971. Along with the Velvet Underground and the Stooges, they were one of the first bands of the early punk rock scenes. Although their original line-up fell apart quickly, the band's first two albums-New York Dolls (1973) and Too Much Too Soon (1974)-became among the most popular cult records in rock.