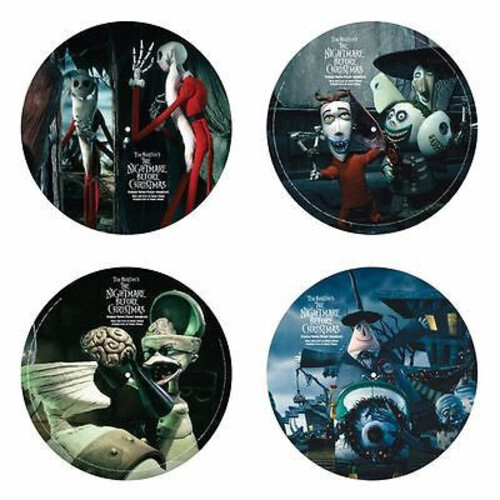 Limited double picture disc vinyl pressing. Jack is back! This collectible set features vibrant art from Tim Burton's The Nightmare Before Christmas, plus music from the original soundtrack. The Nightmare Before Christmas: Original Motion Picture Soundtrack is the 1993 soundtrack to the film of the same name. Composed by Danny Elfman, the soundtrack was nominated for the 1993 Golden Globe for Best Original Score. The Nightmare Before Christmas tells the story of Jack Skellington, a character from "Halloween Town" who opens a portal to "Christmas Town" and decides to celebrate the holiday, with some dastardly and comical consequences. Elfman wrote the film score and voiced the singing role of Jack. The principal voice cast also includes Chris Sarandon, Catherine O'Hara, William Hickey, Ken Page, Paul Reubens and Glenn Shadix.