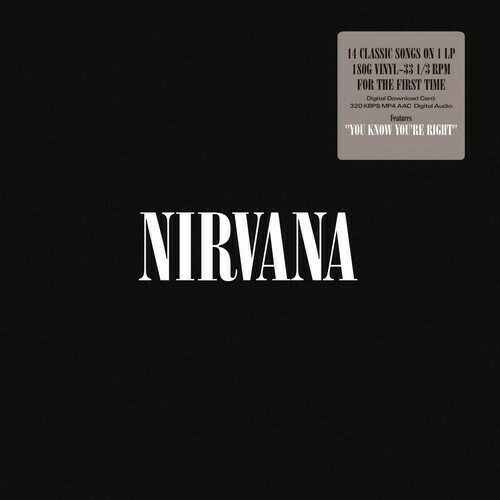 Limited 150gm vinyl LP pressing including digital download. Originally released in 2002, Nirvana was a collection that featured hits and fan favorites as well as the rare and previously unreleased studio version of "You Know You're Right," the last song the band ever recorded, available exclusively on this compilation. Nirvana was released following the settlement of a long-standing legal dispute between Cobain's widow, Courtney Love, and surviving Nirvana members Krist Novoselic and Dave Grohl. Much of the dispute centered around the song "You Know You're Right" which was recorded during the band's final studio session, in January 1994. Nirvana was the third Nirvana album to be released following the death of singer/ guitarist Kurt Cobain in April 1994, and the first to feature studio material.