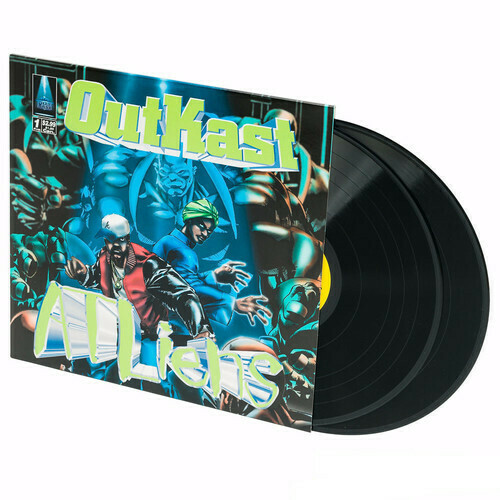 AT Liens is the second studio album by American hip hop duo OutKast, released on August 27, 1996, by LaFace Records. The duo wanted to improve on their 1994 debut album Southernplayalisticadillacmuzik and gain respect for their growing Southern hip hop scene. OutKast recorded AT Liens in sessions at several Atlanta studios-Boss town Recording Studios, Doppler Recording Studios, PatchWerk Recording Studio, Purple Dragon Studios, and Studio LaCoCo-as well as Chung King Recording Studio and Sound On Sound Recording in New York City. AT Liens debuted at number two on the US Billboard 200 chart, and it sold nearly 350, 000 copies in it's first two weeks of release. The album was very well received by music critics upon it's release, who praised the record's lyrical content. It has been certified double platinum by the Recording Industry Association of America (RIAA), for shipments of two million copies in the United States. The album spawned the singles "Elevators (Me & You)", "AT Liens", and "Jazzy Belle". Since it's release, AT Liens has been listed by several magazines and critics as one of the greatest hip hop albums of all time.