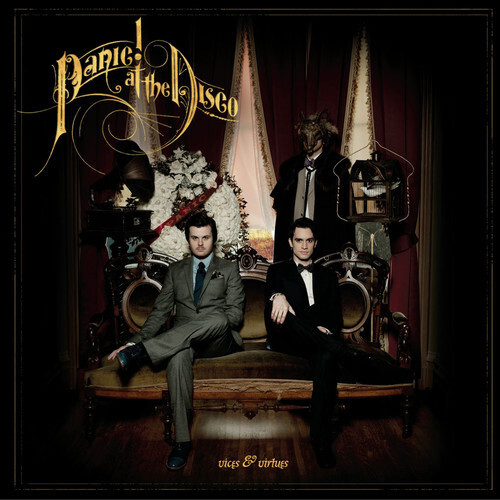 Panic At The Disco / Vices & Virtues

Vinyl LP pressing. 2011 release, the third album from the alt-rock band. Produced by John Feldmann and Butch Walker, the album was recorded as a duo by vocalist and multi-instrumentalist Brendon Urie and drummer Spencer Smith, following the departure of lead guitarist, backing vocalist and primary lyricist Ryan Ross and bassist/backing vocalist Jon Walker in July 2009. The album's artwork was conceptualized by touring bassist Dallon Weekes who was inducted as a full-time member of the band near the end of recording. While Walker and Ross' exit left a hole in the Panic! Songwriting regime, the experience became the catalyst for Urie finding his own voice and the confidence to take over as the band's principal songsmith. The lyrics touch on themes of manipulation and confusion. Vices & Virtues took over two years to create, and the increased time in the studio brought forth new musical experimentation.