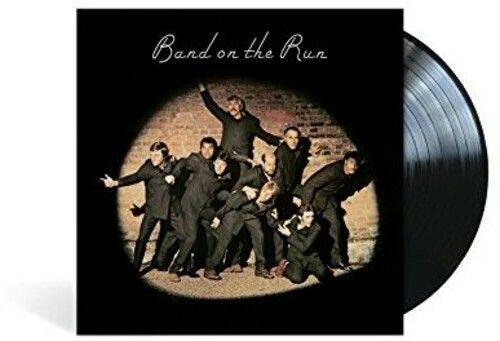 Limited 180gm vinyl LP repressing. Band on the Run is the third studio album by Paul McCartney and Wings, released in December 1973. It marked the fifth album by Paul McCartney since his departure from the Beatles in April 1970. It's commercial performance was aided by two hit singles - "Jet" and "Band on the Run" - such that it became the top-selling studio album of 1974 in the United Kingdom and Australia; in addition to revitalizing McCartney's critical standing. It remains McCartney's most successful album and the most celebrated of his post-Beatles works. The majority of Band on the Run was recorded at EMI's studio in Lagos, Nigeria, as McCartney wanted to make an album in an exotic locale. Shortly before departing for Lagos, however, drummer Denny Seiwell and guitarist Henry McCullough left the group; with no time to recruit replacements, McCartney went into the studio with just his wife Linda and Denny Laine, doubling on drums, percussion and most of the lead guitar parts himself as well as bass.