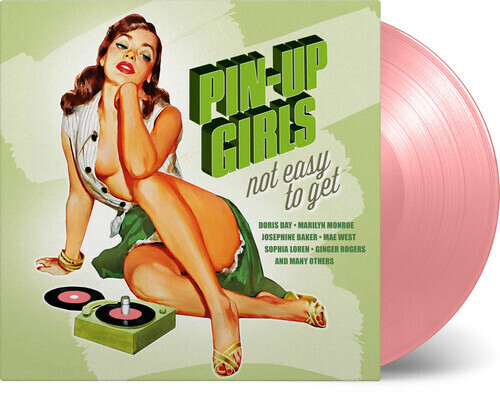 Pin-Up Girls: Not Easy To Get

The term 'Pin-Up Girls' was first attested to in English in 1941, before it was adapted in the film and music industry, when glamorous girl posters were ubiquitous in the lockers of G.I.s during World War II. This album containing 20 Pin-Ups kicks off with actress/singer Doris Day with 'Everybody Loves A Lover', Day's last big charting hit and ends via Francoise Hardy's 'Oh Oh Cheri' and Marilyn Monroe's sensual 'I Wanna Be Loved By You'. The flip-side opens with the legendary Mae West, one of the most controversial movie stars of her day, followed by a.o. Sophia Loren and Jayne Mansfield the final is for, how applicable, Judy Holliday with 'The Party's Over'.