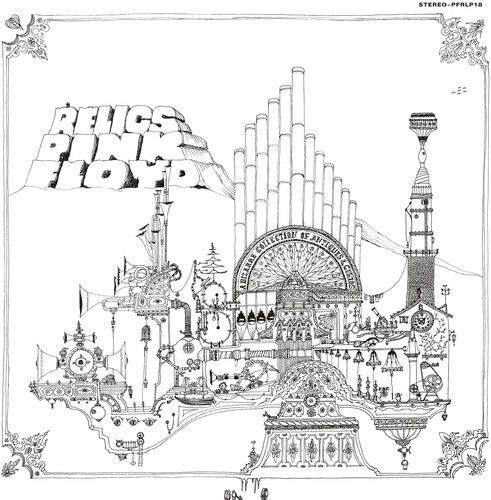 Limited 180gm vinyl LP pressing. Relics (subtitle: A Bizarre Collection of Antiques & Curios) is a 1971 compilation album by Pink Floyd. The album was released in 1971. The release of Relics occurred because the band's record company, EMI, were concerned that they had gone into the studio to record what would become Meddle without any songs or ideas, effectively starting from scratch. This, combined with their ever-increasing touring schedule, made EMI realize that no new product would be released for some time, possibly not until well over a year after completing their previous album, Atom Heart Mother. In order to issue some more "product" for fans, they decided to release a budget priced LP combining early singles, B-sides, album tracks and one unreleased number, "Biding My Time".