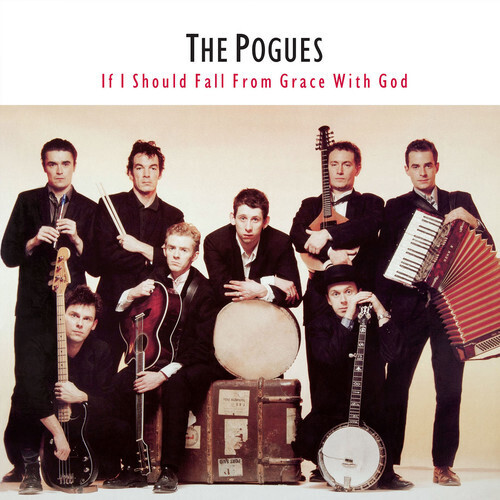 Pogues / If I Should Fall

Vinyl LP repressing of this 1988 album from the British band fronted by the troubled genius that is Shane MacGowan. If I Should Fall From Grace With God was the band's third studio full length album. Released in the wake of the band's biggest hit single, 'Fairytale of New York', it was their best-selling album, peaking at #3 in the UK Album charts and reaching the Top Ten in several other countries. If I Should Fall from Grace with God saw the departure of original bassist Cait O'Riordan and the addition of her former bandmate Darryl Hunt, Phil Chevron and ex-Steeleye Span member Terry Woods to the line-up. Woods and Chevron (the only two members of the Pogues actually born in Ireland) contributed the first original songs to a Pogues album not written by singer Shane MacGowan or banjo player Jem Finer, and the album also saw the band begin to move away from their Irish folk/punk roots and start to incorporate musical styles from other parts of the world, most notably Turkey and Spain.