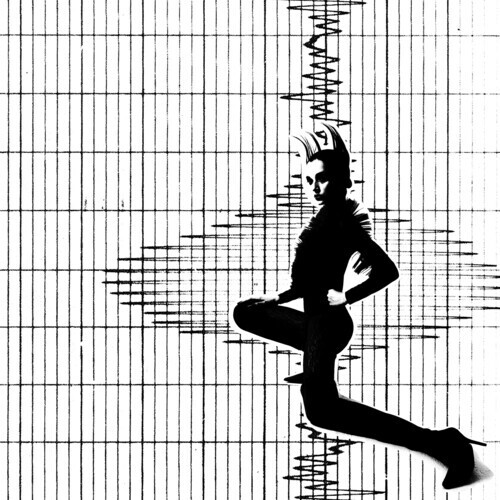 Flux marks yet another artistic leap for the ever-evolving musician, featuring a stream-lined songwriting approach that puts her indelible earworm melodies at the foreground of a kaleidoscopic mosaic of overdriven guitars. Flux was produced by Justin Meldal-Johnsen (M83, Air, St. Vincent), who had Poppy and her band record live to tape, resulting in an organic feel that lends a decidedly personal touch to the new set of material. The announcement comes paired with the release of a music video for the album's title track, self-directed by Poppy. "Flux" is set in a pastel dream world constructed by Australian visual/sculpture artist Pip & Pop in which Poppy is beset by a veritable cavalcade of bizarre characters.

2021 has already proved to be a monolithic year for Poppy, kicking off with a stunning GRAMMY performance in March (on the heels of her nomination for Best Metal Performance, making her the first solo female artist ever nominated in the category), her global livestream event The Last Disagreement in April, the May release of her cover of Jack Off Jill's "Fear Of Dying", the June release of previous album single "Her" (which arrived paired with an instantly iconic video by stop motion animator/director Chris Ullens), and multiple appearances on WWE NXT, the most recent of which culminated with her announcing the surprise drop of a new five song EP, EAT - NXT Soundtrack, released in a special partnership between the WWE and Sumerian Records.