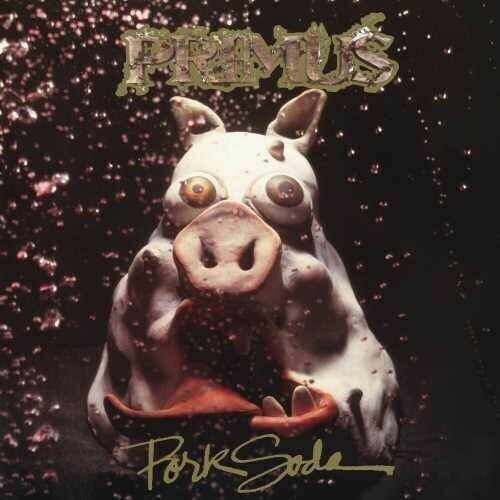 Pork Soda is the third studio album by the American rock band Primus, originally released April 20, 1993, certified Gold in September 1993 and certified Platinum in May 1997. This is also the first of three Primus releases to feature explicit lyrics printed for any of their songs. The album was performed in it's entirety for the first time at The Fox Theater in Oakland, California, on December 31st, 2015. The album contains darker content than previous Primus efforts, featuring lyrics dealing with murder, suicide, and alienation. The band has commented that prior to recording, they had been touring for nearly two solid years and were thus in a sombre mood, although in a 2015 interview Claypool described the era surrounding the album as "Good times, happy times. It's not like we were reflecting any personal drama or anything."